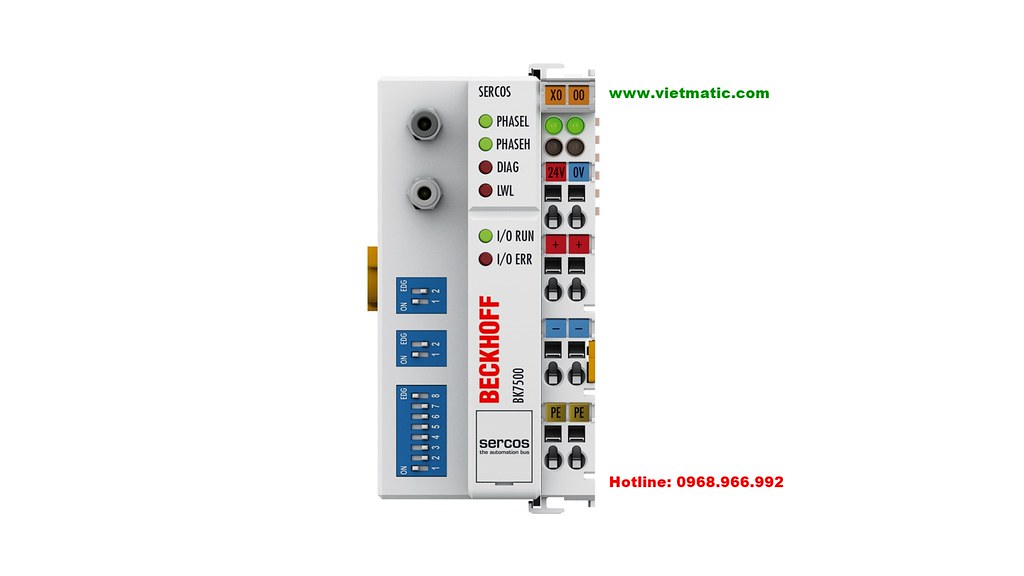 The BK7500 Bus Coupler connects the SERCOS bus system with the electronic terminal blocks, which can be extended in modular fashion. One unit consists of one Bus Coupler, any number from 1 to 64 terminals and one end terminal. The Bus Coupler recognizes the connected terminals and automatically generates the affiliations of the inputs/outputs to the bytes of the process image.

SERCOS is a fiber optic bus that was developed for use in drive technology as a digital drive interface for drives. SERCOS is an open fieldbus system, which since 1995 has been subject to the international standard IEC 61491 for numerically controlled machines. It is widely used in the drive technology sector.

The bus consists of a master and of a number of slaves. In SERCOS, most of the slaves are drive amplifiers. The bus topology is a ring system, in which it is possible to operate up to 254 stations. The transmission speed is 2 and 4 Mbaud. There are basically three types of telegrams. The master SYNC telegram is received by all the slaves at the same time, and is used for synchronization. The master data telegram is also received by all the slaves, and contains the cyclic data and the service data. The slaves send their data in what is known as a drive telegram.