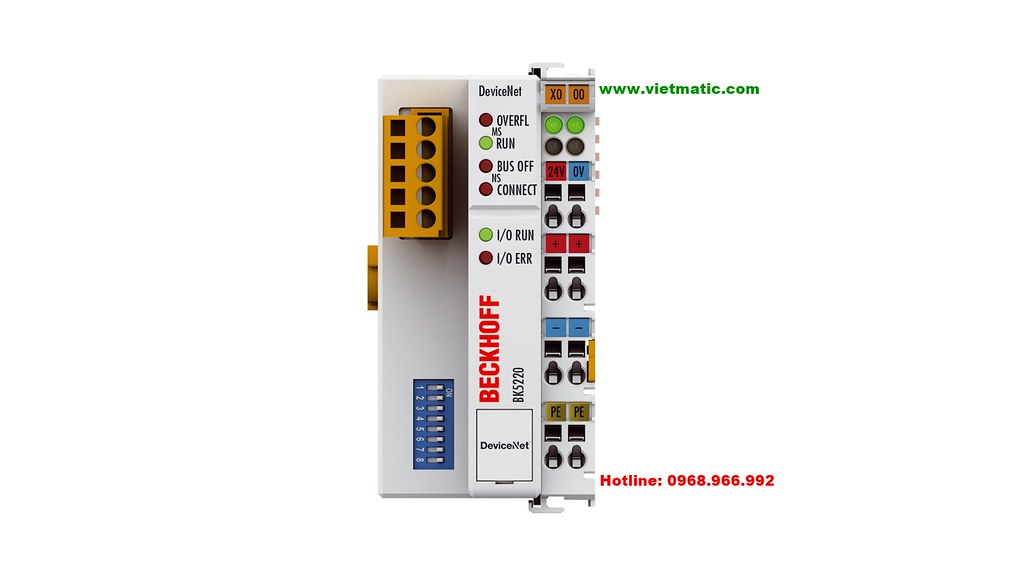 The BK5220 “Economy plus” Bus Coupler connects the DeviceNet bus system to the electronic terminal blocks, which can be extended in modular fashion. One unit consists of one Bus Coupler, any number of up to 64 terminals and one end terminal. With the K-bus extension technology, the BK5220 allows the connection of up to 255 spatially distributed Bus Terminals to one Bus Coupler. The “Economy plus” series supports all Beckhoff system Bus Terminals and it can process in its full configuration 1020 digital signals and a maximum of 256 analog input and output channels per slave.

The Bus Coupler operates on the basis of the CAN protocol. The DeviceNet standard on which the Bus Coupler is based allows the operation of diverse DeviceNet devices in one network. DeviceNet is based on a definition of communication objects for the exchange of data from the sensor/actuator area that is especially oriented to automation technology.

The Bus Coupler and Bus Terminals can be parameterized on a PC using the KS2000 configuration set. Commissioning is also possible without the KS2000. Corresponding EDS data files are available for DeviceNet configuration tools.